All Progressives Congress (APC) in Lagos, on Thursday held stakeholders’ meeting across the 20 Local governments and 37 Local Council Development Areas (LCDAs) of the state.

Accroding to the Publicity Secretary of the party, Seye Oladejo, the meeting was held simultaneously across the state in preparation for the ward congress of the party scheduled for tomorrow (Saturday).

Oladejo added that the meeting was sequel to the directive of the National Caretaker Committee to bring all party leaders and members together to rubs minds on the forthcoming congresses towards achieving cohesion and acceptable consensus. 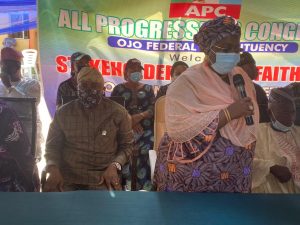 He explained that the various meetings agreed on the desirability of a consensus arrangement that would consider all interests and unite the party as we count-down to the next national elections.

” The carnival like meetings admonished all members to participate actively in the congresses and uphold party discipline at all times.

“The event presented the new Local Government chairmen, vice chairmen and councilors an opportunity to express their commitment appreciation to all and sundry for the mandate to serve the people”, said Oladejo.

It would be recalled that there had been confusion over the conduct of the party’s congresses since the supreme court judgement on Ondo 2020 governorship election few days ago. 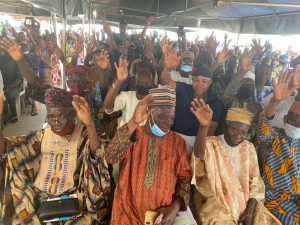 Some members of the party had suggested that the party’s congresses should not be held under the Caretaker Extraordinary Convention Planning Committee (CECPC) led by the current governor of Yobe state, Mai Mala Buni, so as to avoid future legal battle.

But, in a statement on Thursday by the Sceretary of CECPC, Sen. John Akpanudoedehe, the party said that the July 31 date for the congress was sacrosanct, adding that the ward and local government congresses to elect party executives would hold across the country as scheduled.

Akpanudoedehe said the clarification became necessary following personal interpretations and opinion by some chieftains of the Supreme Court judgement on the Ondo governorship election.

According to him: “Ward Congress Committees of the party has already been inaugurated and delegated with the responsibility of conducting, supervising, monitoring and giving feedback to the Party on the outcome of the scheduled Ward Congresses.

“The clarification is against the backdrop of personal opinions being expressed by some individuals on the status of the APC Caretaker/Extraordinary Convention Planning Committee (CECPC ) and its capacity to conduct the Congresses.

2023: It’s A Lie, I Didn’t Write Tinubu To Give Obi A Chance- Ghanaian President