Factions of the All Progressives Congress (APC) in Lagos State on Saturday held parallel Local government Congresses at different locations in the state. 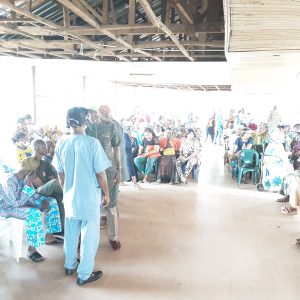 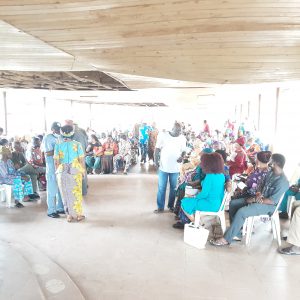 Hon. Sultan Adeniji-Adele , Chairman of the APC LG Congress Electoral Committee for Ifako/Ijaiye Local Government, who accredited the delegates ward by ward before the affirmation of the consensus candidates, called out the names of the candidates and the delegates affirmed their leadership with a voice votes.

Speaking with journalists, Adeniji-Adele said that the peaceful coexistence among party faithful aided the smooth conduct of the congress.

He said that party leaders and members had demonstrated proper conduct and peaceful co-existence irrespective of various tribes that made up the party in the council.

Explaining the process, Adeniji-Adele said that the committee started with accreditation of party’s delegates who in turn voted for the LG party executives.

According to him, this was done by affirmation.

“The second step was to go ahead to call candidates for different offices and all party members here affirmed through voice vote their election as excos. This made our job easier here,” said Adeniji-Adele. 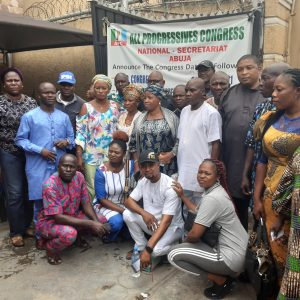 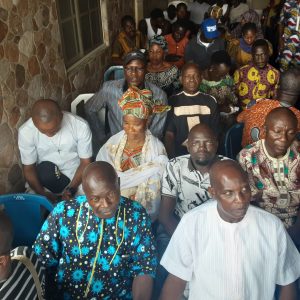 Hon. Ahmed Omisore, a former member of the Lagos State House of Assembly and chieftain of APC in the local government, said: “Today we are returning the party to our people by electing new officers to run out party at both the LG and LCDA. There was not rancor, wrangling and quarreling in the election of the 27 party executives from the Chairman to the ex-officios.”

In Agege Local Government, the Lagos4Lagos Movement, held its congress separately from the designated venue.

At the congress, 27 executives and three national delegates emerged.

Speaking with journalists after the congress, Prince Sunday Ajayi, Vice Chairman, Apex Committee for Lagos4 Lagos Group,who noted that he was a foundation member of APC, decried impunity within the party.

Ajayi said the congress was conducted as prescribed and directed by the national body of the party.

According to him, all the ward excos across various council areas gathered to elect LG excos of the party at their respective council areas.

He said that the group had on Friday inaugurated all the ward excos that emerged during the July 31 ward congresses in the state.

Ajayi said that the group use consensus method, according to the party guidelines, to elect its LG officers across the 20 recognised LGs in the state

According to him, the group has also chosen its three national delegates for the APC National Convention.

One of the group’s leaders in Agege, Hon. Afolabi Rasheed, commended the loyalty of members to the party supremacy.

” As party loyalists, we believe in the Constitution of APC and we have been able to follow through the due processes of the congresses that produce 27 ward excos in each council who elected”, said Rasheed.

” There is a difference between doing the right thing and not doing it. At the last ward congresses, we are the only people that conduct that affirmation exercises in all the 245 wards. The least least of all the wards excos was submitted. The other side have continued their business of imposition of unpopular candidates overs popular one continues. With that impunity system of operating democracy, we can never get results anywhere, if internal democracy has not been put in the right place. I am 100 per cent confident that we have been able to abide by the law in ensuring due processes as stipulated by the APC guidelines for the LG Congress and the Constitution of the party”, said Rasheed

Meanwhile, Olajide Adediran (Jandor) has congratulated the elected Ward and LG excos, admonishing them to be just and democratic in the running of the affairs of the party at the grassroots.

In a statement issued on Saturday by the Publicity Secretary of Lagos4Lagos, Adeleke Akeem, the Lead Visioner said ” In line with the mandate from the APC National Secretariat, members of the Lagos4Lagos Movement trooped out in all the 20 LGA in Lagos State to elect their officers in a hitch-free democratic manner.

” Basking in the euphoria of the recently concluded APC Ward Congress, Lagos4Lagos movement maintained a sustained consolidation by electing officers who will take charge of the party activities in all the 20 LGA in Lagos State, devoid of any rancour.

” The Movement, with this current thrust has taken over the party structure in all the 20 LGAs of Lagos State.

” In the same vain, yesterday, members of the Lagos4Lagos movement were ecstatic and upbeat as their executives were inaugurated across the 245 wards in Lagos State”.

He added ” This has undoubtedly reaffirmed our formidable reach and capacity. It also laid to rest the undeniable fact that the party administration, even at the grassroot level is dominated by members of the Lagos4Lagos movement”.

Adediran expressed firm optimism, stating that active democratic participation of all stakeholders iss required for the enthronement of government of the people, by the people and for the people.

“We are indeed mobilising for progressive change”, said Adediran.