This is according to a statement from the African Development Bank (AfDB) on Friday.

A virtual high-level conference was held on Wednesday to commemorate the extension of the term of the ALSF and review the facility’s achievements over the last decade.

This was particularly in the debt, extractives, energy, and infrastructure sectors.

The ALSF is an international organisation hosted by AfDB Group and established in 2008.

The facility is dedicated to providing legal advice and technical assistance to African countries in the structuring and negotiation of complex commercial transactions, creditor litigation and other related sovereign transactions.

According to the statement, the facility has helped conclude commercial investment deals worth over 75 billion dollars.

It also develops and proposes innovative tools for capacity building and knowledge management.

In a keynote message, AfDB President Akinwumi Adesina, noted that the launch of the facility had been timely.

“The bleeding of Africa’s natural resources, weak regulations and limited capacity for review and negotiations have shortchanged many African countries, especially low-income countries, including transition and fragile states,” Adesina said.

In his opening remarks, Stephen Karangizi, Director and Chief Executive Officer, facility, expressed his appreciation to Adesina for his “excellent leadership of the bank and his vital support for the African Legal Support Facility”.

Karangizi also thanked the facility’s other financing partners for their continuous support which is a strong vote of confidence in the ALSF’s mandate.

Former South African President Thabo Mbeki said that the facility had already established its place “as what might be called a front-line fighter to secure for Africa its resources”.

Mbeki, who is also the current chair of the African Union’s high-level panel on illicit financial flows from Africa said: “The Facility must assist African countries to negotiate fair and balanced contracts to eliminate opportunities for illicit receipt, use, or transfer of funds.”

African leaders also lauded the facility for helping governments avert billions of dollars in losses from business deals, and urged it to extend support to tackling illicit financial flows.

The participants, including experts and business leaders, expressed confidence that the facility was well-placed to advance Africa’s asset recovery and repatriation.

The event also included panel discussions showcasing ALSF’s achievements over the last 13 years and the renewal of its mandate for another 14 years. 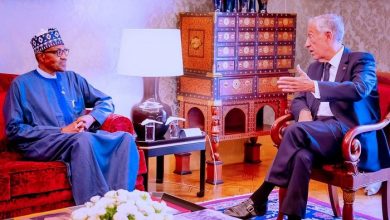