Pan Yoruba socio-political group, Afenifere, has urged the National Youth Service Corps (NYSC) not to deploy corps members outside their home states, saying they should be allowed to serve within their states since Nigeria has yet to overcome her security challenges.

This was the reacting of Afenifere  to a security  tip contained in a handbook  ‘Security Awareness and Education Handbook For Corps Members and Staff’,  issued  to  youth corps members.

The tip which appears in on page 56, advises  corps members travelling on high-risk” roads to alert their family members, friends and colleagues to have someone on hand to pay off the ransom that could be demanded  in case they are kidnapped.  But the NYSC has in a statement  denied giving the advice, even when each corps member has the handbook.

Afenifere said , “Since it has been admitted even by the Federal Government agency that we may need to live by kidnap syndrome as indicated by this NYSC tip, the minimum that the government owes parents and corpers in this regard is to let the youths serve their nation in their respective states.

“That way, their chances of being kidnapped would greatly be minimized.

“We call on the government to immediately allow states to transform their respective security networks into state police with all the powers appertaining thereto”.

Independence Day: There Is Nothing Like Nigeria To Be Celebrated- Wike 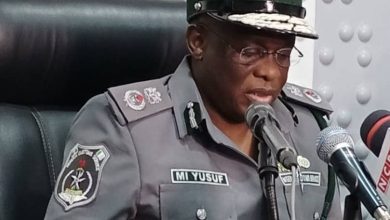