Some gender activists have charged the Taliban in Afghanistan to respect the rights of women and girls in the country, urging world leaders not to perceive human rights abuses as an Afghanistan issues but a global one.

The activists made the call on Saturday at a hydrid conference tagged “The Effect of the Afghanistan Taliban Regime on women and girls rights’, held virtually.

They argued that condemnation of the attitudes of the Taliban should not only be on social media, but actions should be taken by the world leaders. 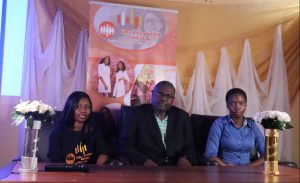 The panelists stressed that the labour and resources of many non-governmental organisations, and international community in the promotion of women’s rights in the past twenty years in Afghanistan should not be allowed to go in vain.

” Under the current situation in Afghanistan, there is a resounding need to prioritize the safety of women and girls, particularly those, who are gender rights activists and were mobilizing other women to advocate for their rights before and during the current Taliban regime”, said the panelists.

The panelists noted that world leaders should demand accountability for what is going on in Afghanistan, more particularly from the human rights position.

They reaffirmed that women and girls suffer most in conflicting areas, adding that the way for gender activists to help is to use their voices and mount pressure on the Taliban regime to protect women and girls’ rights.

The panelists said the lack of political will of many superpowers of the world to the Afghanistan issue is most questionable, adding that there is need to re-examine why many countries are standing aloof of the issues that are in Afghanistan.

The activists suggested that there is a budding need for world leaders to work with the Taliban regime since they are already in control of the state power.

They noted that the best the world could do for not only the women and girls in Afghanistan but for the general people of Afghanistan is to guarantee their lives and safety.

However, Prof. Odion noted that the purpose of having the discussion is to also enlighten the local audience on the issues occurring in Afghanistan and how better to protect human rights across the globe.

Director of the Girls 4 Leadership Initiative, Kehinde Kayode, reaffirmed that the organization under whose platform the discussion was organized would not relent on ensuring that women’s and girl’s rights are protected globally.

Nigeria's Independence: Access Bank To Reward 14 Customers With N1m Each