A group within the All Progressives Congress (APC) in Lagos state, Lagos4Lagos Movement has joined the People’s Democratic Party (PDP).

The Lead Visioner of the group, Olajide Adediran (Jandor), was invited by the Former Senate President and PDP Chieftain, Sen. Bukola Saraki in his address, to join the party with his supporters ahead of the 2023 general elections. 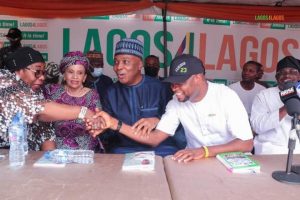 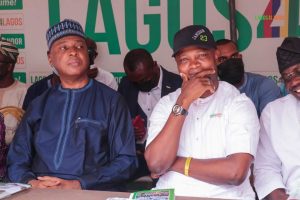 Although, the official declaration of the group’s defection would take place on Saturday, 18 December, 2021.

NewsBeatng reports that a member of the PDP Board of Trustee and Media magnate, Raymond Dokpesi recently led some PDP Chieftains to the secretariat of Lagos4Lagos to seek their defection to the party ahead 2023 general elections.