Wednesday, 22nd December 2021: The exchange rate between the naira and the US dollar closed at N415.1/$1 at the official Investors and Exporters (I&E) window.

On the other hand, naira gained against the US dollar on Wednesday to close at N571/$1, from an average of N575/$1 recorded in the previous day. This is according to information obtained from BDC operators.

Nigeria’s foreign reserve reduced by 0.02% on Tuesday, 21st December to close at $40.61 billion compared to $40.62 billion recorded as of the previous day. The continuous decline in the nation’s external reserve is attributed to the intervention by the apex bank in the official forex market.

Trading at the official NAFEX window

The exchange rate at the Investors and Exporters window closed last at N415.1% on Wednesday, the same as recorded the previous day.

The opening indicative rate closed at N414.04/$1 on Wednesday, which represents a 7 kobo appreciation compared to N414.11/$1 recorded in the previous trading session. An exchange rate of N444.04/$1 was the highest rate recorded during intra-day trading before it settled at N415.1/$1, while it sold for as low as N404/$1 during intra-day trading.Forex turnover at the official window reduced marginally by 30.5% to $215.29 million on Wednesday, 21st December 2021.According to data tracked by Nairametrics from FMDQ, forex turnover at the I&E window decreased from $323.56 million recorded on Tuesday 21st December 2021 to $215.29 million on Wednesday 22nd December 2021.Cryptocurrency watch

The cryptocurrency market closed on a positive note on Wednesday, however started the day on Thursday on the reds, with the market capitalization losing 0.49% in the early hours of Thursday morning to stand at $2.258 trillion.

Meanwhile, former U.S. President Donald Trump has said that crypto is “a very dangerous thing.” Commenting on cryptocurrencies, he warned of “an explosion someday” that will “make the big tech explosion look like baby stuff.” He also talked about his new social media platform, Truth Social, and his wife’s non-fungible token (NFT) venture.

However, Nigeria has been rated the second country most interested in bitcoin, despite the difficulty of accessing the trillion-dollar crypto in the country.

The crude oil market consolidated the gains recorded on Wednesday as Thursday started on a positive note with Brent Crude recording a gain of 0.08% to trade at $75.35 per barrel while West Texas Intermediate (WTI) gained 0.05% to trade at $72.79 per barrel.

The American Petroleum Institute (API) estimated the inventory draw for the previous week ended 17th December to be 3.670 million barrels, taking the year-to-date drawback to 65 million barrels for the U.S. This has caused a buy interest in the global crude oil market, pushing the price of a barrel of oil above the $75 mark.

Nigeria’s external reserve dipped marginally by 0.02% on Tuesday, 21st December 2021 to close at $40.61 billion, which represents a decline of $9.59 million compared to $40.62 billion recorded as of the previous trading day.

The decline in the country’s reserve level can be attributed to the continuous intervention of the apex bank in ensuring the stability of the exchange rate. The exchange rate at the official window as remained stable in the past four trading sessions.

It is worth noting that the nation’s foreign reserve had gained $5.99 billion in the month of October, as a result of the $4 billion raised by the federal government from the issuance of Eurobond in the international debt market.

In the month of November, Nigeria’s external reserve lost $633.47 million in value as against a gain of $5.99 million recorded in the previous month and $2.76 million gain in September 2021. So far in the month of December, the reserve level has lost $566.8 million, while on a year-to-date basis, the reserve gain has reduced to $5.23 billion. 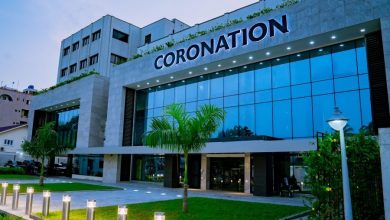 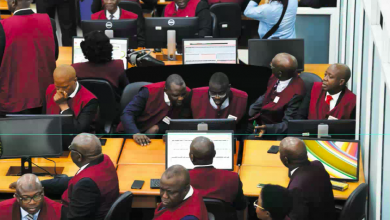