The Air Line Pilots Association (ALPA), a foremost pilots’ union in the United States (US), has expressed concern that the country’s Federal Communications Commission (FCC) has yet to provide (nor make public) a point-by-point analysis and resolution of each of the aviation safety concerns in relation to the planned rollout of the Fifth Generation.

NewsBeatng gathered that the largest pilots’ union in the US is accusing the FCC of ignoring safety concerns about new 5G wireless frequencies that the labour group disclosed it had raised as far back as 2018.

The Air Line Pilots’ Association, representing over 60,000 pilots in North America, in a letter written to FCC Chairwoman Jessica Rosenworcel Monday, January 3, 2022, said it had repeatedly requested technical information to support the agency’s decision to approve the new use of the frequencies by wireless companies.

The Air Line Pilots Association is regarded as the largest pilot union in the world, representing pilots from 35 US and Canadian airlines. ALPA was founded July 27, 1931, and is a member of the AFL-CIO and the Canadian Labour Congress.

ALPA President Captain Joseph DePete stated in the letter:  “To date, the FCC has ignored our requests. Years later, and on the brink of C-band 5G deployment, the FCC has still not provided (nor made public) a point-by-point analysis and resolution of each of the aviation safety concerns.” 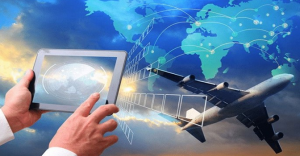 NewsBeatng had reported the US wireless technology experts had disclosed that the  expanded 5G services on signals that are near those used by aircraft equipment are set to switch January 5, 2022.

US telecoms giants AT&T and Verizon are due to deploy fresh 5G services January 5, 2021.

Earlier, officials of certain global airlines had waved the caution flag on Fifth Generation (5G) technology service, as they expressed concern that when the wireless service gets updated January this year, the networks could create extensive flight delays in situations like snowstorms and low visibility.

The aviation industry officials contended that the new wireless signals could hamper the effectiveness of equipment on airplanes and helicopters used to track aircraft altitude.

Subsequently, with an imminent January 5 launch day, the White House, industry groups, and aviation sector regulators are ‘rushing to come to some form of agreement’, agency report said.

In a way to help out, AT&T and Verizon have offered power reductions in their new 5G services, but the aviation industry says those cuts are “inadequate”.

However, as several airline officials have continued to worry about this issue, some experts in the wireless industry have insisted that the aviators’ fears about 5G are completely unfounded after all.

“5G operates safely and without causing harmful interference to aviation operations in nearly 40 countries around the world.

“US airlines fly in and out of these countries every day.”

It was also learnt the Federal Aviation Administration (FAA), which was concerned about interference from the 5G wireless spectrum earlier, now believes “the expansion of 5G and aviation can safely co-exist.”

The US aviation regulator said in a statement: “Today, we took an important step toward that goal by issuing two airworthiness directives to provide a framework and to gather more information to avoid potential effects on aviation safety equipment.

“The FAA is working closely with the Federal Communications Commission and wireless companies, and has made progress toward safely implementing the 5G expansion.”

The statement added: “We are confident with ongoing collaboration, we will reach this shared goal.”

Besides, the CTIA has said 5G is safe, and accused the aviation industry stakeholders of fearmongering and distorting facts.

Subsequently, the Federal Aviation Administration (FAA) has said it may have to require widespread flight restrictions, if efforts at reaching a compromise fail in this regard.

The FCC and wireless companies, nevertheless, have restated that the pilots’ anxiety is baseless, as there is no risk to safety in the aviation industry in the country.