The Federal Government has said that it will increase efforts to accelerate competitiveness of Nigerian exportable brands in the African Continental Free Trade Area.

This was disclosed by the Executive Director of the Nigerian Export Promotion Council (NEPC), Dr Ezra Yakusak, in Owerri on Friday during a meeting organized in partnership with Export Expansion Facility Programme.

The event was themed “Role of AfCFTA in the Growth and Development of Intra-African Trade”, as the NEPC also stated that Nigeria is the single largest market in Africa.

The NEPC stated it would ensure that Nigerian exporters were adequately prepared for business through partnerships with relevant development partners, local and international.

“It is apt to mention that hard work, credibility and transparency are the hallmark of the export business, hence, the NEPC’s commitment to public enlightenment for improved marketability of our exportable brands.

“We shall continually sustain increased efforts to accelerate competitiveness of Nigerian exportable brands in the AfCFTA market,” he said.

The Coordinator, Imo Exporters Group, His Royal Highness, Eze George Eke, said that arrangements were in top gear to have the state’s export brands such as palm oil, ginger, tumeric and others in the US market and urged the FG to speed up development of the Onne export corridor in Rivers to boost export of south eastern.

PAPSS will enable a customer in one African country to pay in their own currency, while a seller in another country receives payment in their own currency Secretary-General of AfCFTA, H.E Wamkele Mene said PAPSS is expected to boost intra-African trade and save the continent $5 billion annually.

He said “This project is a pioneering effort at achieving a pan-African payments and settlements system which will enable Africa to reduce reliance on third currencies, and more importantly, it has the potential to significantly boost intra-Africa trade.
Mene said that PAPSS would boost intra-Africa trade as cross-border payments will become less reliant on third currencies, earning the continent an average of $5 billion annually. 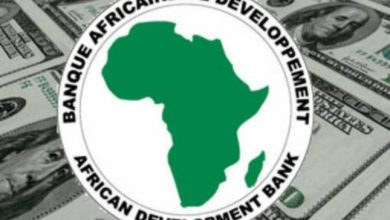