Amid leadership crisis rocking the All Progressives Congress (APC), the Caretaker and Extraordinary Convention Committee (CECC) led by Yobe State Governor, Mala Buni, has received the backing of President Muhammadu Buhari to remain in office and proceed with all arrangements for the convention scheduled for March 26th.

Aside from that, the President, as part of his support for Buni, has cautioned state governors on the platform of the party to refrain from utterances that could disrupt the APC structure across the country. 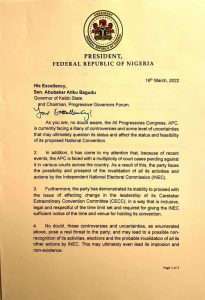 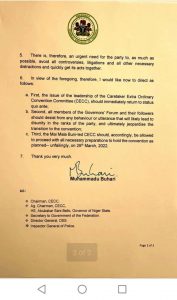 The president’s stance on the party’s leadership was expected to end the crisis rocking APC which had resulted in governors pitching their tent with different factions with some backing the Buni-led administration and others supporting Buni’s vice chairman, Sani Bello, to take over