The market capitalization of the top five banks has appreciated by 1.12% to close at N2.29 trillion as at 1st of July, 2022, as investors in these banks gained a total of N25.46 billion during the trading week.

NewsBeatng gathered that after 5 trading days of the week, 2 of the 5 tier-1 Nigerian banks enjoyed positive market sentiments, with FBNH Plc leading the gainers.

According to data from the Nigerian Exchange (NGX), the market capitalization of the top five banks grew to N2.29 trillion to appreciate by 1.12% during the week.

Analysis of the banks’ performance in the week is succintly captured below;

ALSO READ  US Dollar Posts Biggest Weekly Loss Since May 2021

GTCO Plc depreciated by N13.24 billion after its market capitalization declined to N601.87 billion from N615.11 billion at the end of the week’s trading session.The decline can be attributed to the decrease in its share price, from N20.90 traded at the end of last week, to N20.45 as at the close of business, reflecting a decrease of 2.15%.The Q1 2022 financial result revealed that the Group reported a growth of 9.10% in net interest income from N52.43 billion recorded in the corresponding period of 2021 to N57.20 billion in the current period. However, post-tax profit depreciated by 5.13% to N43.21 billion in the current period.

Zenith Bank Plc gained N6.28 billion w-o-w after its market capitalization appreciated to N686.01 billion from N679.73 billion at the end of the week. This appreciation can be attributed to the 1.92% growth in its share price, from N21.65 traded at the end of last week, to N21.85 at the end of this week.

NewsBeatng reports that the Nigerian Exchange Limited (NGX) closed positive week-on-week as ASI appreciated by 0.24% to close at 51,829.67.

The FUGAZ banks make up over 70% of the NSE Banking sector index, hence, strongly influencing the growth or otherwise of the index; hence, the NGX banking index grew by 1.06% from 395.02 to close at 399.22 points. 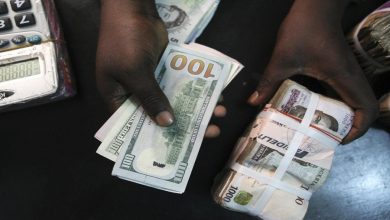