Sonia, the daughter of federal lawmaker, Ike Ekweremadu, on Monday appeared in court accused of trafficking a homeless man into the United Kingdom to harvest his organs for herself.

According to Daily Mail, the younger Ekweremadu, was accused alongside her father Ike Ekweremadu, 60, her mother Beatrice Ekweremadu, 56, and 50-year-old doctor Obinna Obeta of conspiracy to arrange the travel of another person with a view to exploitation. 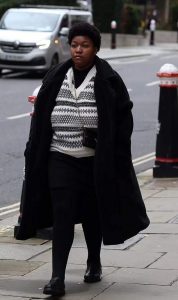 It was reported that Ms Ekweremadu has not entered a plea but a trial date has been set for January.

Sonia has a kidney-related disease and has been on dialysis for some time.

ALSO READ  World's Most Iconic Glaciers Will Disappear By 2050- UNESCO