A former staff of Union Bank Plc, Mrs. Edaeftite Usin, has taken the bank before the Justice Rabi Gwandu of the National Industrial Court, NIC, which sat on the 15th of November in Lagos and after hearing the case, adjourned till the 16th of February, 2023 to hear the suit filed against Union Bank, over wrongful dismissal and victimization by the bank with the case being marked NICN/LA/239/2022.

Mrs. Edaeftite Usin is asking the court to declare that the sum of N854, 632.00 representing her 1 (One) month Salary in lieu of Notice, payable to the her by the bank for constructive and wrongful dismissal of the Claimant from the Defendant’s employment, also, that the sum of N86, 000, 000.00, being her cumulative salary for the period of 4 (Four) years at the rate of N21, 500, 000.00 per annum had the she been promoted (As she ought to have been) to the position of a Senior Manager since 2016.

She is asking for an Order awarding her the sum of N120, 000, 000. 00 (One Hundred and Twenty Million Naira) as exemplary damages against Union Bank for the traumas caused her by the many years of denial of promotion, sustained victimization and discrimination by the Defendant (Union Bank) and for cutting short the Claimant’s (Mrs. Usin) otherwise promising career in the banking industry via the Claimant’s constructive dismissal from employment with effect from 11th March 2021. 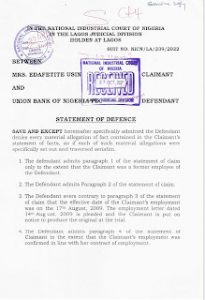 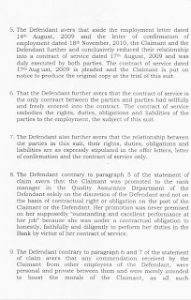 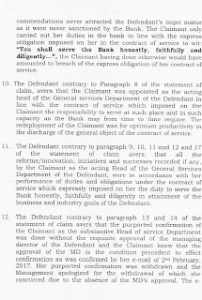 Mrs. Edaeftite Usin is also asking for the cost of the suit put at N5, 000, 000.00 (Five Million Naira) incurred by her Solicitors in connection with this suit.

Against All Odds, Bitcoin Gains 40% In January