The Peoples Democratic Party (PDP) in Lagos state, has alleged the All Progressives Congress (APC), officials of Lagos Transport and Motor Parks Administration and officials of the Independent National Electoral Commission (INEC) of embarking on manipulation of voters.

Lagos PDP made this allegation in a issued by its State Publicity Secretary, and Chairman, Media, and Publicity, JandorFunke 2023 Campaign, Mr Hakeem Amode.

The party said the “manipulation has reached a proportion where it is now been aided by the state government apparatus and we found it imperative to call your attention to the misnomer.”

“We are aware of the ruling APC government officials using their position to collect voters’ information and requesting the submission of photocopies of Permanent Voter Cards – PVC as a prerequisite for work permits in transport parks and trading in the markets.

“We view these directives and actions as hoodwinking and an attempt by the ruling APC government to manipulate the 2023 election ahead.

“The Peoples Democratic Party in Lagos State is hereby calling the attention of the Independent National Electoral Commission, the Inspector General of Police, and all well-meaning Nigerians to the electoral fraud being committed before the conduct of the 2023 election by the ruling APC government in Lagos state,” said the party.

Lagos PDP said that “in consonance with the promise of the President of the Federal Republic of Nigeria, President Muhammadu Buhari to deliver a credible election which we have seen the demonstration in Ekiti and Osun state gubernatorial elections, we are using this opportunity to call the attention of the President, the Chairman of INEC and the Inspector General of Police to the voter’s manipulation anomalies currently going on in Lagos state.”

ALSO READ  2023: Asíwájú Tinubu and the North, By Tunde Rahman

The party stressed that they recently got a report that some “unscrupulous INEC staff are colluding with members of the ruling party in the state to deny some groups of people access to collection of their Permanent Voters Cards.”

“One Mr. Muyiwa Mojeed Yusuf, the INEC head of ICT in Lagos, was alleged to have connived with the APC to clone the faces of voters through his privileged access to the PVCs.

“We were also informed that a staff of INEC in the Ojo area, one Miss Balogun. A. Olasunbo (Ojelabi) allegedly married to the State Chairman of Lagos APC, Mr. Cornelius Ojelabi, is using her position to manipulate the distribution and collection of PVC.

“We are currently investigating the report and we would appreciate your distinguished eagle eye to assist us in conducting an investigative assessment of our claim.

“Our campaign has suffered several onslaughts from the ruling government and we have remained resolute in mobilizing the grassroots voters who are directly affected and had endured the harassment, intimidation, and highhandedness that is synonymous with this administration.

“We cannot afford to continue to allow the ruling party to continue the display of entitled hegemony in a democratic society. We believe the people have a say in whom is elected to form a government and the sanctity of their choice should be respected and protected under the electoral law and process,” said Lagos PDP.

The party alleged that their ward tour campaign was threatened in the Alimosho area “by gangs of hoodlums working for the state agency.”

Lagos PDP said further that their ward campaign tour entourage was also attacked by the same group of hoodlums working for that same agency in the Badagry area of the state.

“When our team went for a road show to sensitize people in traffic in the Mile 2 area of the state, another set of the same hoodlums working for the state agency attacked them which resulted in hospitalizing two of our members who sustained various machete injuries.

“In Alimosho and Apapa local government areas, markets women were threatened and intimidated to submit the souvenirs we gave to them. We found this absurd because the apron we gave them is to aid their trade and we are yet to understand why the ruling government detests the ordinary people living in the state to extent of trying to subdue them to their whims and caprices even when it is not comfortable for the people.

“Members of the Lagos Transport and Motor Parks Administration in the state have continued to forcefully intimidate transport operators to adorn the campaign stickers of the APC on their vehicles and to submit their PVC to continue to operate in the state. We found this directive inimical to a free and fair election and also another attempt by the ruling party to manipulate the 2023 elections.

“Our party is also aware of the removal of our banners from the highways and replacing them with that of the ruling party. We have been reliably informed of the usage of an agency of the state, the Lagos State Signage and Advertising Agency (LASSA) to remove our posters in several locations in the state.

“Distinguished Gentlemen of the Press, I believe the sustenance of our democracy depends largely on respecting the choice of the people in a free and fair election. I am by this address requesting your cooperation in protecting our nascent democracy, our innocent voters, and our future which our governance depends on.

It is my assurance that you will lend your voice to protecting democracy and individual votes,” Lagos PDP added. 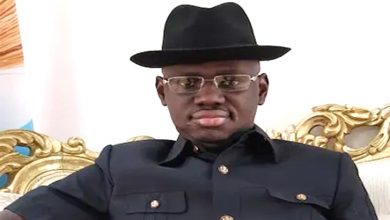 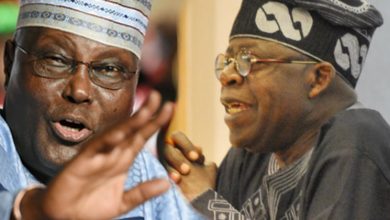 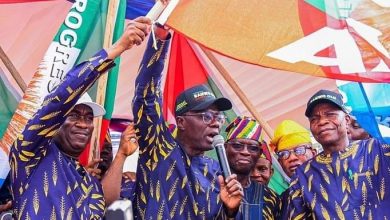