The International Monetary Fund (IMF) has stated that about 15% of low-income countries were already in debt distress.

In a new report titled ‘Confronting Fragmentation Where It Matters Most: Trade, Debt, and Climate Action’, the IMF said an additional 45% of the population is further at high risk of debt distress.

It stated that debt was a challenge that many countries face, and fragmentation will make it harder to resolve sovereign debt crises, especially if key official creditors are divided along geopolitical lines.

IMF noted that about 25% are at high risk and facing default-like borrowing spreads among emerging markets.

IMF noted that there are signs of progress on the Group of Twenty’s Common Framework for debt treatment. While Chad recently reached an agreement with its official and private creditors, Zambia is progressing toward a debt restructuring. Similarly, Ghana just became the fourth country to seek treatment under the Common Framework, sending a signal that it is seen as an important pathway for debt resolution.

According to the IMF, countries seeking debt restructuring under the Framework will need greater certainty on processes and standards, as well as shorter and more predictable timelines.

For countries not covered by the framework, however, it suggests that there is a need to improve their processes.

Part of the report said “To support these improvements, the IMF, World Bank and Indian G20 presidency are working with borrowers and public and private creditors to quickly establish a global sovereign debt roundtable, where we can discuss current shortcomings and make progress to address them.

“These and other pragmatic actions, such as further progress on majority voting provisions in sovereign loans and climate resilient debt clauses, can help improve debt resolution. That would reduce economic and financial uncertainty while helping countries get back to investing in their future.”

IMF pointed out that the agreement at COP27 to set up a loss and damage fund for the most vulnerable countries shows that progress is possible with enough political will. Hence, it suggests further pragmatic steps to cut emissions and curb fossil fuels.

To the fund, an international carbon price floor among major emitters could be a potential game changer to focus on carbon pricing or equivalent measures in an equitable process that would complement and reinforce the Paris Agreement.

It also suggests stepping up climate finance to help vulnerable countries adapt as well as better data around climate projects.

IMF projects that trade growth is expected to decline in 2023, making it more critical to roll back the distortionary subsidies and trade restrictions imposed in recent years.

Meanwhile, it noted that strengthening the role of trade in the global economy – which is key in an economy beset with low growth and high inflation – begins with vigorous World Trade Organization reform and by concluding WTO-based market-opening agreements.

It suggests that plurilateral agreements, among subsets of WTO members, can offer a path forward, adding that there is a need to be pragmatic about strengthening supply chains.

IMF also suggests that countries should carefully weigh the costs, at home and abroad, of national security measures on trade or investment, adding that better policies at home, from improving social safety nets to investing in job training to increasing worker mobility across industries, regions, and occupation would ensure that trade works for all.

Why Ghana Accused MTN Of Owing $773million In Taxes 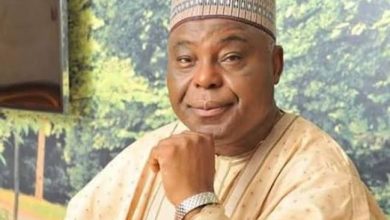